2. How is the question of legal custody handled in a divorce mediation?

Typically the paramount concerns for divorcing couples with minor children are the visitation and custody plans for the children and the accompanying child support payments. There is no doubt these are important topics; however, underpinning every aspect of a divorce involving minor children is the question of who gets legal custody.

To say that parenting issues and legal custody of children are thorny problems is an understatement. This is especially true for a couple who has found out after marriage and after having children that they also have “irreconcilable differences”.

The vast majority of divorcing couples resolve the whole question of legal custody in divorce mediation in one of two ways. Most kick the legal can of worms down the road and agree to joint legal custody under the wishful assumption that they can resolve their specific co-parenting problems (which will inevitably arise) by avoiding them for as long as possible. This often results in them facing their co-parenting problems in real time under the stress of having to make an immediate decision to avoid a disastrous flare up. 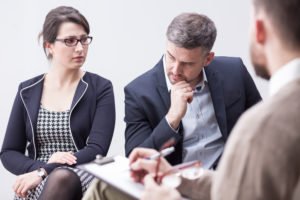 The alternative is the couple will agree on joint legal custody and then negotiate hard during their divorce mediation for clarity on those essential matters upon which they each have strong values and feelings.  Then they incorporate their agreement into the Marital Settlement Agreement. This may make their divorce process more difficult, but it makes long-range co-parenting more likely to be successful. The honesty and clarity which a professional facilitator can engender in these cases is frequently surprising to the couple with a practice of arguing and fighting (which led to a breakdown in their marriage due to irreconcilable differences).